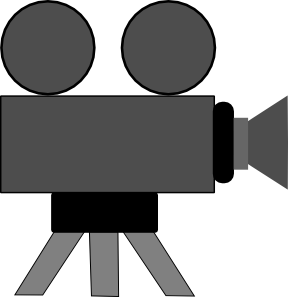 This month, Entourage Yearbooks released a short film which follows the yearbook team at the historic Lincoln College Preparatory Academy located in Kansas City, Missouri. Entourage produced the film hoping to inspire and help schools that face similar difficulties that Lincoln College Prep experienced when launching their program. When Jenny Raynor began teaching the yearbook course she was surprised to learn that the old yearbook program had accumulated a considerable amount of debt. Ms. Raynor’s decision to work with Entourage Yearbooks has enabled the school to overcome their debt and surpass sustainability to create a program which is enriching as well as enjoyable for the students.

Sara Mackay, video creator and marketing representative at Entourage Yearbooks, low yearbook sales and low funds can contribute toward a downward cycle of limited resources. She acknowledges that the success of many schools may be attributed to the “sacrifices made by the advisor.  Many advisors invest their own personal time and money to make the yearbook happen.” Entourage believes that, like Lincoln College Prep, schools across the country will be able to invest in education and technology if they are given the tools to escape the cycle which causes yearbook programs to suffer. For that reason, Entourage is committed to providing superior cost-effective products and fundraising tools which can help schools to maximize their savings.

Entourage has also established the Advisors Council.  This helps yearbook advisors to have a forum to share ideas. Mackay explained that the Advisors Council is a “resource for advisors across the country who want help from the people who are most familiar with what they’re going through.” She added that Ms. Raynor “did an amazing job being our first ever Advisors Council President.” While Ms. Raynor has passed on the role of president to another member, Entourage is thankful for her continued support and excited that she will remain active with the council through the end of the end of the 2016 year.

This film was the first produced by Entourage to follow the progress of a school yearbook program. However, the company believes that there are many other schools with inspiring success stories, and continues to welcome the stories of their success schools. Visit Entourage Yearbooks’ social media pages, or contact Sara Mackay at sara(at)entourageyearbooks.com, to share your experiences and help inspire other advisors.

"We would highly recommend Entourage's great quality product and great customer service. It was a pleasure to work with Entourage Yearbooks."

"The software is user friendly, and Entourage customer service is easy to connect with and always helpful."

"The process was very easy. Everything Entourage did made this a great experience for me and my students."

"Just give up your current yearbook company and use Entourage Yearbooks!"

"If you want an amazing treasured memory, I highly recommend Entourage Yearbooks for its customer service and ease for beginners."

"I want to once again say thank you...it was an absolute pleasure working with you!! The league was extremely happy with the yearbooks as were all of the kids, and that equals SUCCESS!!!"

"Entourage is a great company. We had a very easy experience and all of Entourage's employees are very friendly. It made me feel at ease."

"Working with Entourage is always a pleasure. There hasn't been one time that I called and haven't gotten someone on the phone after 30 seconds. Entourage is very flexible in meeting our needs."